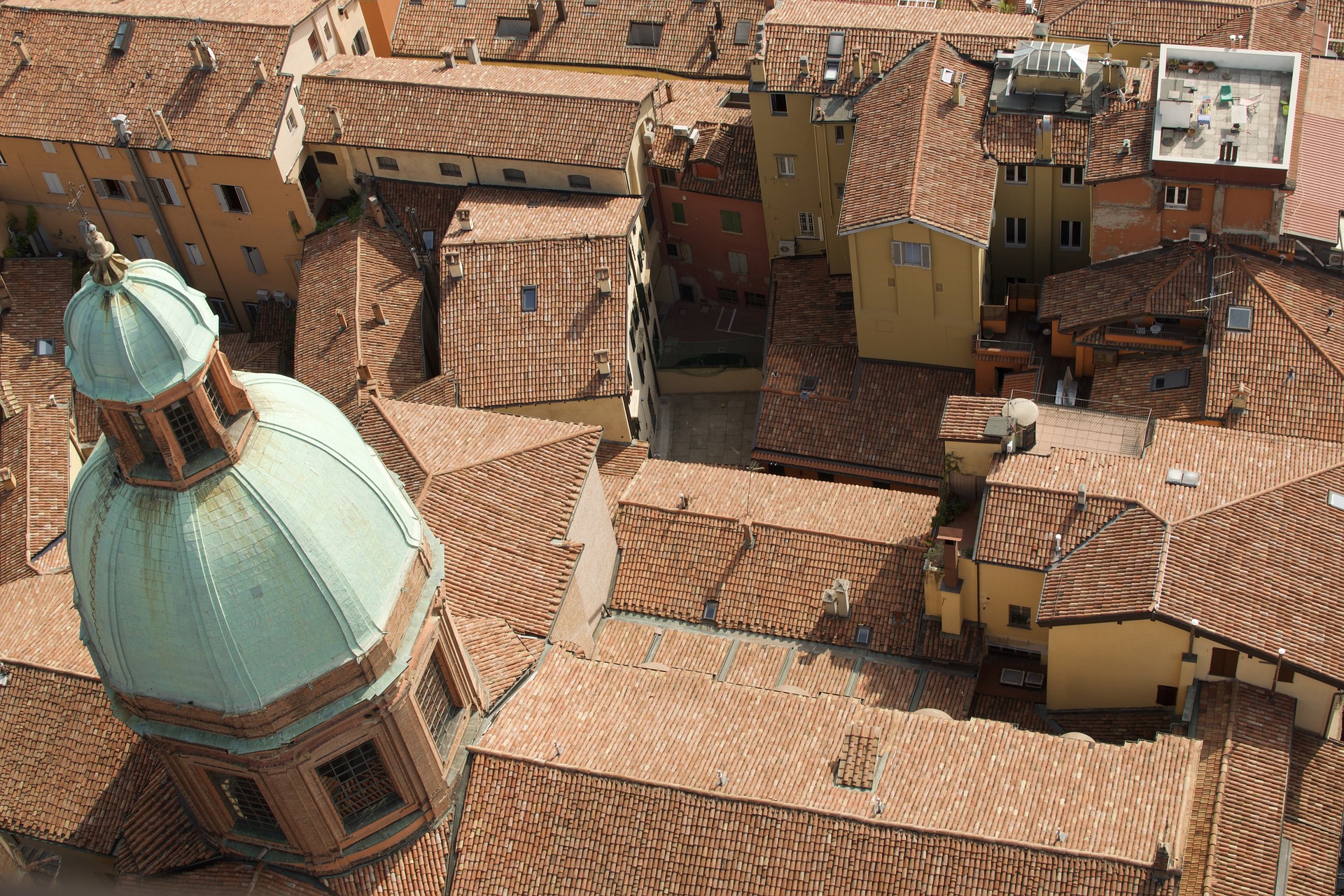 The best and hidden sights and treasures of this medieval beauty. Half or full day tour for individual and groups.

This square has been the heart of Bologna for 2500 years. And it is really it’s heart, because the people of Bologna don’t merely go “to town” like other Italians would; they call it “going to the piazza”. This airy, open space is lined with the city’s most important buildings: the Palazzo d’Accursio, the seat of the city council, Palazzo Re Enzo, Palazzo del Podestà, the majestic Basilica of San Petronio, the elegant Fountain of Neptune, Palazzo dei Notai and the imposing Palazzo de’ Banchi.

Palazzo Accursio Made up of buildings which cover 300 years of the city’s lively history, from 1200 to 1500, this is the prestigious seat of the city’s governing body and its majestic halls are decorated with works of enchanting beauty.

The Palazzo del Podesta‘ An austere thirteenth-century building disguised as an elegant Renaissance residence, it is decorated with thousands of stone tiles which tell of its ancient history.

The Sala Borsa At the end of the 19th century, after the removal of the Cardinal’s private gardens, this area was occupied by the splendid Stock Exchange in Art Nouveau style which we can still admire today. The floor in glass allows visitors to view the remains of the great Roman city of Bononia.

Fountain of Neptune The symbol of sixteenth-century elegance, the clear waters of this fountain were never intended to quench the thirst of the Bolognesi but gushed forth instead of a celebration of the power of the Pope.

Palazzo Re Enzo The city’s sinister medieval prisons. Two seventeenth-century gallows betray the cruelty of a time when there was no such thing as a pardon.

Basilica of San Petronio The building of this majestic Collegiate Church of indescribable charm was begun in 1390. Its uncompleted façade shows the sweetness of the Madonnina by Jacopo della Quercia, while masterpieces of Italian art in paintings, sculptures, and glass from the Middle Ages and the Renaissance may be found inside the basilica itself. There is also a Time Machine, a sundial whose accuracy and charm still amazes people today.

The medieval market and the loggia dei Mercanti Through the busy narrow alleyways of the market we reach the Palazzo which was the seat of the Merchants’ Forum. Built in the fourteenth century, its gothic style still attracts.

The complex of Santo Stefano Known as the Holy Jerusalem of Bologna for its symbolic connections with the sites of thePassion of Christ, there is still a Benedictine monastery here today whose origins go back to the dawn of Christianity. There is also a Byzantine church almost 1500 years old, a Romanesque church and an atmospheric crypt as well as two cloisters of matchless beauty. A historic and artistic experience not to be missed.

The two towers Two, two hundred, the “forest of stone”. This is Bologna and her legendary towers. Our itinerary comes to an end at the foot of these symbols of Bologna which have benevolently watched over the city since the Middle Ages.

For those who have a little more time, the above itinerary could be extended to include:

San Giacomo and the oratory of Santa Cecilia An old thirteenth-century church midway between the Romanesque and the gothic and featuring a huge number of works of extraordinary importance. Time has set the little Oratory of Santa Cecilia here, today considered Bologna’s “Sistine Chapel” for the beauty of the fifteenth and sixteenth-century pictorial cycle with which the walls are entirely clad.

San Domenico 1000 extraordinary works are preserved in this church. It contains one of the most beautiful inlaid wooden choir stalls in the world while the thirteenth-century tomb of the Saint dominates over everything, enriched and completed in the 1500s by the matchless work of Michelangelo

The Sanctuary of San Luca According to tradition, the Greek pilgrim Theocles received from the canons of the church of Hagia Sophia in Constantinople an image of the Virgin Mary painted by Luke the Evangelist and promised to take it to the Mount of the Guard. When he reached Rome, he discovered that the Mount was to be found in Bologna and the canvas was taken there in 1160. As a tribute to the image, a church was built at the top of the hill and the same church has protected the city for a thousand years. With its 666 arches, the portico which leads from the centre of Bologna to the sanctuary is the longest in the world. It makes an enjoyable walk for the more intrepid visitor.